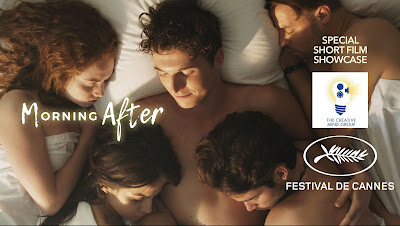 Thrilled to announce that MORNING AFTER is one of thirty projects selected by the Creative Mind Group to screen at the Market at the 70th Festival de Cannes.


Morning After presents the lives and tribulations of five millennials from the Montreal hip Mile-End neighborhood who have decided to explore life without attaching themselves to any particular label. It's the story of the #NoLabels generation. 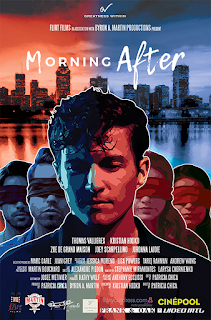 We attended an event here this past Sunday & had an awesome experience from beginning to end. At Los Angeles venues they served great food and the salad I had for dinner was delicious. The service also was impeccable.

Thanks for those hints in this regard, I was looking for this, great.

These messages should be more often read by people.

He has twice been honoured as the Best Independent Film Producer, Canada in 2016 and most recently in 2017. Most recently, Corporate Vision Magazine honoured his company with a Canadian Business Award naming it “Best Canadian Producer 2019”.

TOMORROW’S POWER showcases three communities from Gaza, Colombia and Germany and their responses to the environmental and economical crises they face. The project was filmed in Germany, Gaza and Colombia. Directed by award winning filmmaker, Amy Miller, the project is being screened at Festivals around the world.

Focuses on the suffering caused by carbon trading around the world and the failure of global carbon markets to stop climate change. The project was filmed in 8 countries and is in 6 languages. Directed by award winning filmmaker Amy Miller and narrated by Daryl Hannah (English versions) and Karine Vanasse (French versions). The Carbon Rush book from Red Deer Press comes out in the spring of 2014.

“Before Tyson, there was Liston”. The story of World heavyweight champion boxer Charles L. "Sonny" Liston, who was knocked down 2 minutes into a championship fight by a seemingly harmless right hook from Muhammad Ali. It would forever be known as the "Phantom Punch". Liston later died under mysterious circumstances. Starring Ving Rhames as the famous boxer, the project debuted at Cannes in 2008.

In high school, three girlfriends decide to make a secret pact with each other to wait to have sex, save themselves until they feel the time is right, despite an aggressive plan from the opposing sex. Shot in Winnipeg, Manitoba, Canada. It is currently airing on TMN and available on DVD.

The Indie Festival, Award of Merit, "The Carbon Rush", April 2012

Selected by Ryerson and IMAX Systems Corporation for the IMAX/OMNIMAX Filmmaker's Symposium in Bradford, England, June 1988